Our May visit with Don Sergio was very productive as Kieu and I are able to expand the "needs assessment plan" for our future visits to better help those that Don Sergio cares for. Several of the patients had medical issues other than burns and wounds. There were children with fever, elderly with joint pain, skin rashes, and a myriad of female issues. Since we are female, the indigenous women are not shy to seek our help. Some of the problems we could address and treat, others we had to refer to the social medicine system. It seems overall we had about 125 patient visits per week (including the wound and burn care patients).

So, back in the US our focus continues to raise funding to keep Don Sergio going. Since returning in April El Andalon has been shown at several film festivals:

As of this posting, El Andalon has been accepted to the United Nations Association Film Festival and the San Francisco Latino Film Festival. In addition, avid Sergio Castro supporter Mary Murrell, who lives in San Miguel de Allende (aka SMA), Guanajuato, Mexico, is organizing a screening of El Andalon on October 25th, in the historic Angela Peralta Theater. Don Sergio and his wife Elsa will be in attendance.

Meanwhile, Don Sergio and I want to give a big thank you to the Glenbrook South HS students for their fund raising drive that provided five and a half weeks of much needed medical supplies. Per their teacher, Veronica Reyes, the students saw El Andalon at the Chicago Latino Film Festival and told her, the film gives them "hope that there are those that do good in the world". 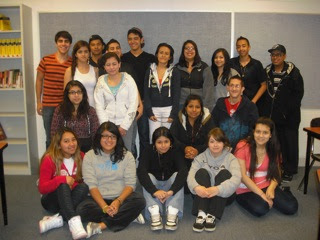 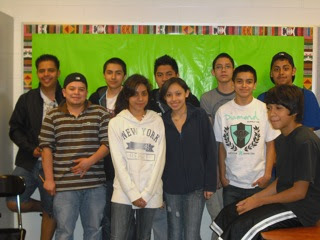 Every peso helps. San Cristóbal receives many tourists and a majority are from Europe. Unfortunately, with the global financial crisis, fewer and fewer tourists are visiting this enchanting colonial city and all that depend on tourism are hurting. Hence, your donations are very much appreciated!

Whenever donations are received via Paypal or directly to me, I send the funds and contact Don Sergio and explain to him where the donations come from. He always expresses to me his sincere gratitude to "todos mis amigos de los Estados Unidos". He is so grateful of everyone's support. Also, to the donors, please know ALL YOUR DONATIONS GO DIRECTLY TO DON SERGIO (minus Paypal fees, which run 3% from the US and 4% from outside).

My next trip is planned for the end of October and I will be accompanied by a Clinica Amistad (our free clinic in Tucson for the uninsured) comrade who has experience in wound and burn care as well as physical therapy experience for burn patients. She and I plan to take as much as we possibly can from World Care and other medical supply donors. We, too, will stop in San Miguel prior to going to San Cristóbal. My dear friend Bela, host of Bela's B and B, provides our lodging as she too does all she can to support Don Sergio's work (see Trip Advisor comments.)

A special thank you to Consuelo Alba and John Speyer for creating El Andalon and presenting Don Sergio's story to the film world. For more information please go to Veremos Productions.