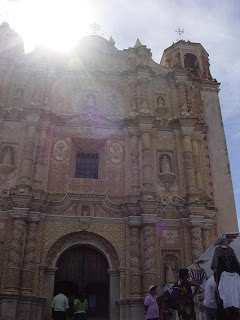 Two days prior to my departure Sergio and I were asked to see a young lady in a pueblo in the mountains on the old Pan American highway. On Sundays Sergio usually only cares for patients with significant wounds (the children with burns) and I have my only day off, however, this case sounded pretty grave.

Two women arrived at the museo in their indigenous garb and a driver took us to this village called Navachuc (probably grossly misspelled). It is a 30-minute drive into mountains southwest of San Cristóbal. This two-lane road was very foggy and the road somewhat serpiginous. We passed Zinacantan, a small pueblo that has a good economy growing and exporting flowers augmented by the women's incredible weaving and embroidery. 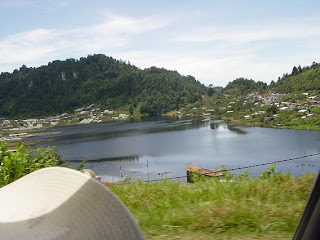 We arrived at a concrete block home near a tranquil lake that had several homes overlooking this peaceful vista. Inside this clean and organized home which was no more than 300 sq feet was a bed with a young lady, less than 20 years old, with a tented sheet over both lower legs. This patient is an epileptic which seems somewhat common with the indigenous and had an “attack” and fell into an open fire. The woman with her had not been there - she was away to wash clothes by hand and upon returning found her collapsed in the fire (usually a large concrete block or modified BBQ pit in a central area of the home) and was unsure the length of time she had been in the fire. 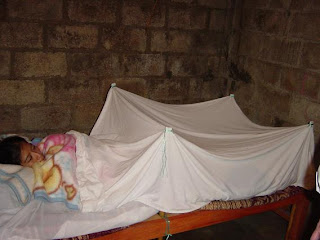 The end result was a full thickness burns (to the bone) on the right leg and deep dermal burns on left leg. These burns are circumferential involving most of both legs. Fortunately, her feet were spared.

She was hospitalized in Tuxtla for 15 days then transferred to the Centro de Salud in San Cristóbal for seven weeks. I’m sad to confess the care here is suboptimal at best and it is difficult to say what had been done. When we removed the tent we found her wounds unbandaged, superficial aspects of her right tibia bone necrotic and she had a catheter placed for more than 15 days. The parts of the wounds that were not dry were oozing fluid and appeared not to be infected. The family was not given any instructions on care that we know of but it appeared the patient had excellent and willing family support. She had been on her back for so long at this point she developed a 1 x 2" bed ulcer over her lower back.... indicative of little movement for two months.

This type of burn in the US would have been cared for at a burn center, probable graft or other type of tissue graft done on her right leg and physical therapy implemented at this point. She has ~30% body surface area affected which means ~30% of her skin gone! These patients lose water constantly and quickly and their bodies have a difficult time regulating their temperatures, hence she gets cold and shivers burning much need energy that should be going into her body’s healing process.

We gently cleaned her legs and applied petrolatum impregnated gauze and gently wrapped her legs in a telfa-like dressing. We explained she needs to be kept warm and eat a healthy diet while her body is trying to heal.

Our second day out she complained of severe back pain, not her legs. My concern was the indwelling catheter possibly causing a kidney infection. The family said the local doctor was coming out to see her that afternoon and the problem will be addressed. In my opinion the patient needs to start moving, urinating and defecating on own with a bed pan. Sergio explained to the family that they should make an overhead bar so she can lift herself and use her upper body muscles which will help with a bed pan potty. Her attentive family support will augment her healing progress.

Note: These severe burns are mostly caused from floor open fires and anafres which are modified BBQ used indoors on the floor in kitchens, hallways, etc, for cooking and heating. This has been their culture and way of life for eons and change comes slowly.

The family fed Sergio and me authentic corn tortillas as they’ve been made for generations, chicken soup (killing a chicken for us is a considerable expense) and gave me a handmade tote bag. I’m not sure they knew I was departing for the US soon but they showed their gratitude with hugs, food, the gift and smiles. 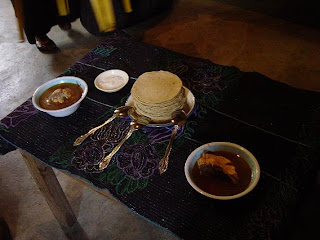 Prior to my leaving they brought in an elderly woman with a large basal cell skin cancer on her left forehead and incidentally another smaller one on her left cheek. In addition she had several large precancers. My plan is to return in February and I will do my best to have the equipment necessary to treat these lesions so she doesn’t end up like the man with the large basal cell on his chin (out of my comfort zone for treating). 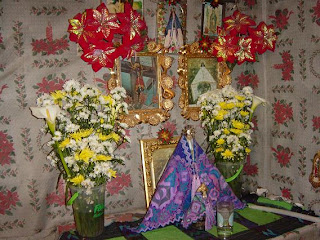 The following day I departed this magical city with many things to think about: continued medical supplies, planned minor surgeries, meds to bring, searching for funding to support Sergio, the upcoming premier of Sergio’s documentary and the Yok Chij A.C. charity (the equivalent of a 501(c)3). While here I met with others involved with operating local Mexican NGOs who offered a tremendous amount of help. However, there will be much work to do to get all the ducks in a row to make it work. Any suggestions? I’m all ears.

I caution the reader beware the following intense photo.

This city has so much charm and simple aesthetics that adds to its richness. For any health care provider that may be interested in coming to San Cristóbal and helping out, please contact me at: pferrer03@gmail.com. Sad but wonderful story, i hope the girl is healing rapidly and on her way to recovery. I was surprised to know of so many burn cases in the area due to these open fires. Please keep me posted on her recovery! Hard to look at the pictures but also important to know the truth of what goes on and it is hard to believe the hospital in San Cris would let her go without the basic supplys and info to keep healing.