This visit I find Don Sergio doing the exact same thing he has done for many years: ".......crisscrosses this city to treat the intimate struggles behind its closed doors." as quoted from the recent New York Times article written by Elisabeth Malkin and video by photojournalist by Janet Jarman.

Arriving last night and expecting to have Sunday off was a mistake. Don Sergio had four patients to see today: two of which we seem to be providing palliative wound care (bed ulcers) and the other two with chronic ulcers that will take a very long time to heal with his resources. Not much has changed: same difficult wounds and ulcers, different patient, limited resources.

Our day started at 1030am and passed very quickly. Don Sergio happened to have a visitor he met several days prior during one of his tours:  an alternative healthcare provider (a Reiki and massage therapist) who has lived in Cozumel for the last 15 years. Her English and Spanish are impeccable which came in very handy for me.  I consider myself proficient but not fluent and her ear is much better than mine.

I had the pleasure of showing Don Sergio the hard copy NYT article today as he rarely gets on the internet and of course does not receive the NYT on his doorstep. He was very pleased with this, more so than I expected. He knows Janet put and enormous amount of time in doing the photos over the last year which required several trips. The 'behind the scene's team' that has been helping Don Sergio for the last several years was elated. We've known all along the value and magnitude of his work, the need of support and we've embraced his "just do it" ideas for the betterment of his community for the short and long term. 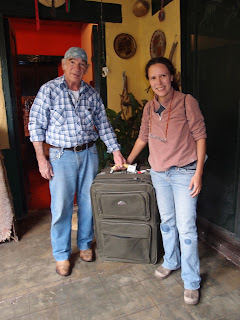 Monster Green (the suitcase) has carried hundreds of pounds of medical supplies over the years..its time to leave it here. Don Sergio will use it for storing the extra Indigenous gifts he's received over the years. 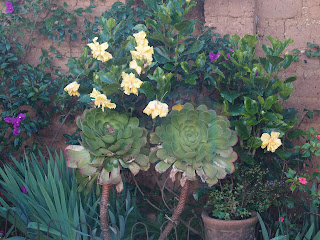