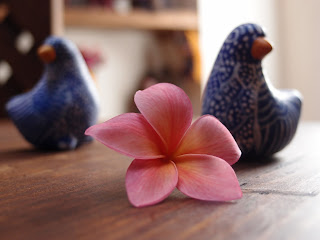 Another day of taxi rides from one end of the city to the other.  In between seeing patients Don Sergio takes me to a nearby village to show me the plans of his next water treatment system. The area is well farmed with a variety of vegetables and I recall being in this area with him a few years ago. 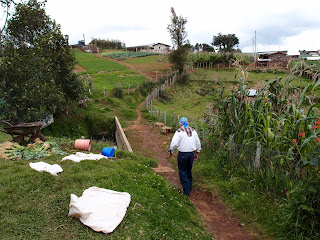 The homes are separated by beautiful farmland that grow cabbage, beans, corn, broccoli and other vegetables.  A site for sore eyes for any veggie-lover. This area would like to have a larger holding tank and access to clean water and Don Sergio has a plan however, it is a big project.  Currently they go to a water holding take and scoop the water out by bucket. The new system will have 4 or 5 diverted pipes to areas in which they can easily access the water. 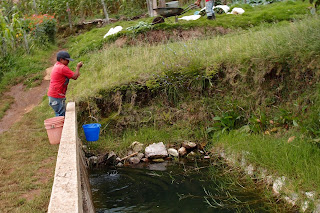 Don Sergio has known the families in the area for years and he says the 200 or so families get along very well.  The area is is 2500meters above sea level, overlooks the village of Zinacantan and appears to have incredibly fertile tierra.

As for patients, the foot ulcers and out of control diabetes are overwhelming. There is only so much one can do. It seems there is not one endocrinologist in San Cristobal (the population is ~200K)!  Many of our patients should be on insulin and those that are on insulin need better training on how to adjust their insulin to improve the sugar control.  It is so hard to heal a wound with poorly controlled diabetes....this story repeats itself.

Our special case of the day is a 10 y/o boy that got in a fight with a cousin and his cousin's tooth caused a puncture wound.  This happened 15 days prior. He went to the hospital and according to the sister, was told nothing is wrong after they took an xray. When we take off the bandage, the small puncture wound puts off a smell causing you to involuntarily step back.  Not good. 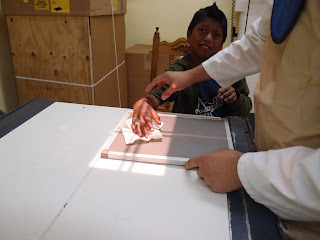 We repeat the xray (to rule out gas gangrene - negative) and it appears his 4th finger/knuckle is displaced along with this deep skin infection. We go to the ortho, get an RX for antibiotics, get a culture and sensitivity but start him empirically on the antibiotics. The ortho informs us surgery may be necessary for cleaning out the infection. If this is the case, he will have to go back to Hospital de las Culturas and hope the right thing will be done. Otherwise, this 10 y/o's right hand may be in jeopardy.