It rained last night and streets were slightly slick so we tried to flag a taxi as we were running late to the museo. The taxis were all ocupados so I walked on while Kathleen was able to finally flag one down... we arrived at the same time.

Two female patients (non indigenous) were waiting at the museo when we arrived. One had a back problem from falling down the stairs four years ago and still had neck and back pain. It did not help that she was wearing four-inch stiletto boots on a regular basis, which we informed was contributing to the chronicity of her problem. Kathleen worked on her while I organized the new clinic room. We still have to buy small boxes to properly organize and store the supplies. 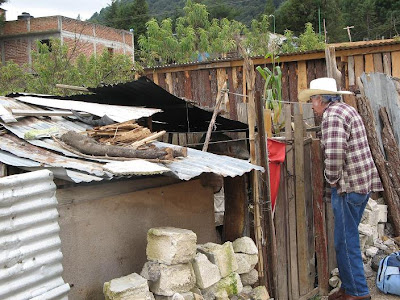 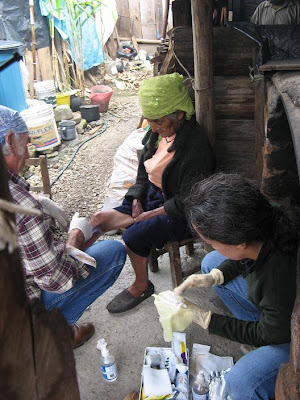 This field trip our first stop was on the fringe of town. Everything is relative and San Cristóbal is no different. We found our patient who lives in a shack with her son who, Don Sergio explained, is mentally challenged. The patient, a 90-year-old woman, fell asleep by the fire and her wool skirt caught fire and she burned 40% of her calf – deep 2nd degree. She did not bother to tell anyone of her injury until one month later. She does not speak Spanish and Don Sergio spoke to her in Tzotzil. 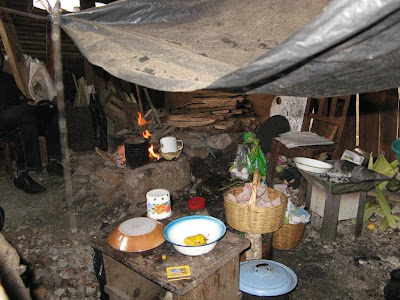 The patient's home shown in this photos is typical of the poor and why they are so many burns. The proximity of fire to indoor activity is because many people can not afford proper or safe housing. The tarp is the roof, the dirt is the floor. 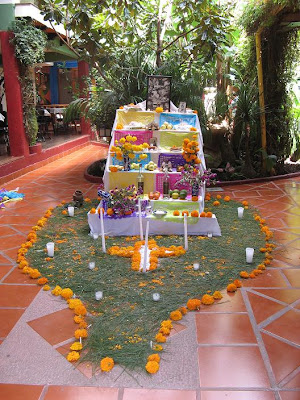 An altar made for the Day of the Dead on November 2, when people remember and celebrate with their departed. The 1st of November is Day of the Innocents - for the departed children.

We made a few more house calls and walked back to Bela's. A hotel along our route had a beautiful Dia de los Muertos display (above). 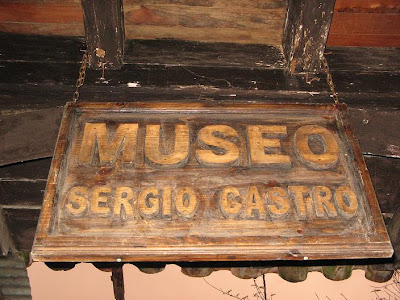 The evening clinic had a moderate amount of patients even though it started drizzling. Usually the patient flow is decreased with any precipitation due to the side walks becoming slippery. The baby from one of the poorer parts of San Cristóval was brought in by her mother. I found it interesting that there was one place left to sit, so the father of the child took the seat and let the mother holding the baby stand. Women are treated differently here. 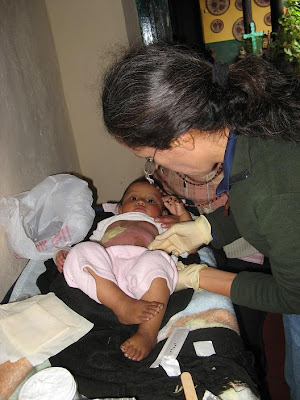 Once the clinic cleared out a three people came in for a tour and Kathleen was able to be part of the group. He then showed them other rooms displaying children's trajes (outfits). I did not know he had these. He's change quite a bit in the museo and has organized his collection. 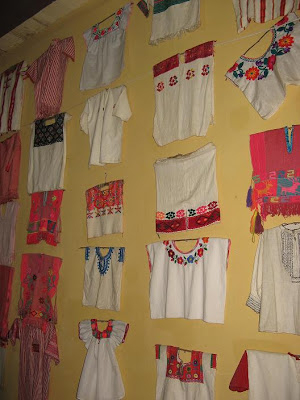 Kathleen walked over to Emilio's Mustache with the three visitors while I went back to Bela's to change clothes. Bela and I, Susannah and Jim (fellow Texans and Bela's guests) walked to the restaurant and found Kathleen with her fast-made friends. We had some of the best tacos in town with those freshly made tiny tasty tortillas. ¡Provecho! 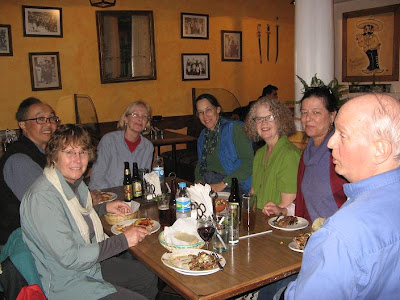 Sergio is grateful to all people that help support his work. He wanted me to be sure to thank the teenagers from Glenbrook HS and their teacher, Ms. Reyes, for their fund raising and donation earlier this year. We will find frames for these photos and will proudly display them in his museo. 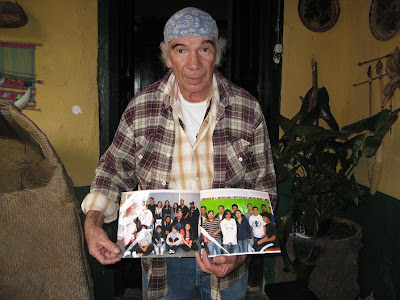