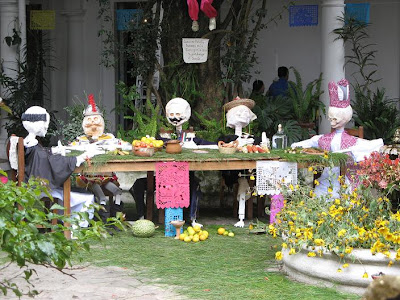 Party of the dead.

Today is Dia de los Santos Inocentes: it is day of the dead for the children that are now deceased. Tomorrow is Dia de los Muertos. Kathleen is taking it all in as there is much to see and I encourage her to do so as the Mexican culture is so lively and creative.

The museo clinic was busy tonight with the indigenous population. The Zinacantan woman with the horribly infected foot arrived on time with her family. Sergio carefully cleans and bandages the wound. I checked her blood sugar (she is not eating much because she feels so ill) and it was 380... pretty high. We gave her the antibiotics we had (ciprofloxicin) pending the culture which will not be ready until Friday. Again, I express my concern with Don Sergio about the severity of this case. He explains, but they do not want to go to the hospital.

Thirty minutes later a young man walks in and tells us his mother (60-something-year-old) has an infected foot and can Don Sergio see her. We see the patient, also from Zinacantan, and she has the same problem: a severely infected foot but not as bad as the other woman. However, this patient was in the hospital but the family took her out! I checked her blood sugar and it was 498, temperature was 103.7 and her blood pressure was 110/58. In my mind, I'm thinking, "Yikes!" she needs to be in the hospital. I explained to the family all the above and to really get better care she needs to be in the hospital. They said, "Okay, we'll be back tomorrow". Argh, right?!

Sergio knows this. He's been working with these people for more than 40 years and he know their response and behavior. He does not press them to follow instructions, he knows they'd rather die than go to the hospital or have an amputation. 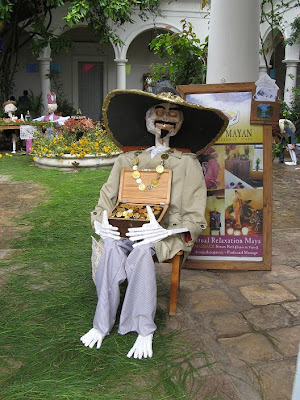 Before volunteering outside of the US, I read a lot about the problems first world citizens have accepting other cultural beliefs when the risk of cure is minimal and lack of is severe. We cannot impose our beliefs no matter how right we think we are because, just as we must respect one's religious or political beliefs, we must show dignity to any and all we care for no matter where they come from. They are more likely to listen to and respect you. This is what Don Sergio does so well. He accepts they don't want to go to the hospital, even if he knows they will die if they don't. He encourages them to go, but when they won't he treats them with dignity and respect: rich, poor, indigenia, Mexican, no importe. I hope this attitude comes to me in time.

In sum, if you do not show human dignity your message and effort are worthless....they may be worthless anyway but at least your patient dies with dignity. 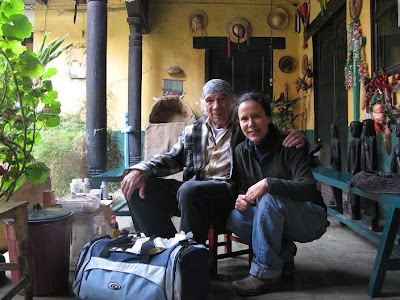 Patricia, My name is Violeta Abitia. I have met Sergio several times in the past. It is wonderful to read your blog and hear about your collaboration with Sergio. Is the Museum open next week? I believe he was to receive some prize on the 7th?
Please respond to my e-mail at
veabitia@gmail.com
Gracias!