The day begins with juicing three oranges which yields one large glass of orange juice. This is much better than pouring it out of a plastic jug.... I love slow food. 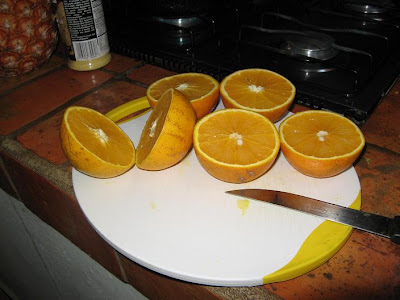 Our regular driver has not shown up the past couple of days. This happens at times; some days he will be there everyday and others he won't. So we take a taxi to the market to find another cheaper taxi to go to Nishnamtic. 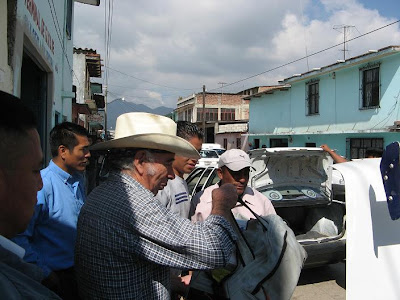 The drive through the country-side is beautiful, here we see a family herding their sheep. 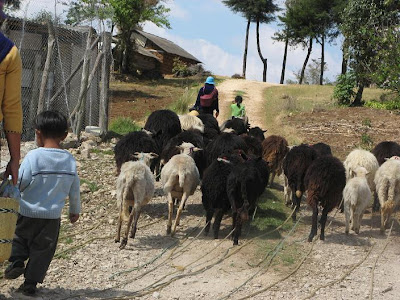 Our taxi driver is a young man in his early twenties and I hear him asking Sergio many questions. I enjoyed the conversation and his curiosity about Don Sergio as Sergio explained matter-of-factly what he did.

We saw the two-year-old with the hot liquid burn and he tolerated the dressing changes well. 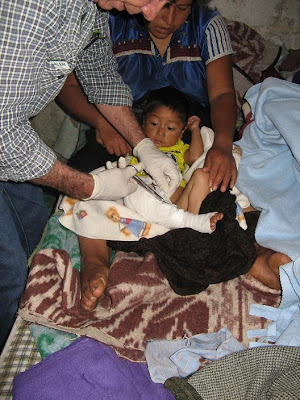 A group of onlookers were behind us whispering amongst themselves. Several scamper away as I pull out my camera to take a photo. 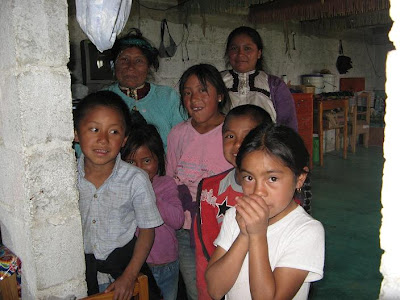 This is a photo of the part of the family's yard. In a Mexico history book I had read, "The man who farms the land owns the land." 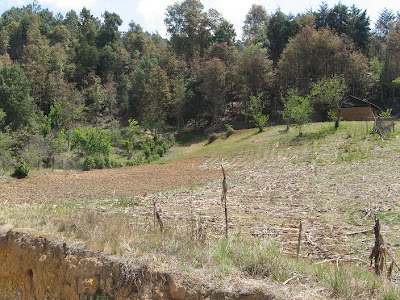 Back to San Cristóbal, we see the three-year-old and quickly do our work. The child tolerates all dressing changes well until we get to her left hand and arm. Bandage changes are always done without pain medication as we have none.


Making our rounds through San Cristóbal we saw four more patients and called it a day. We were both so tired today we kept falling asleep in the taxi ride back from Nishnamtic.

Later, back at the museo a few people trickle in and out and our patient load is light this evening. 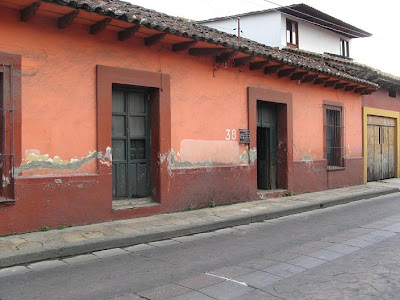 This young lady who gladly poses for this photo came in last week while Kieu was here. After a history and physical exam and we recommended lab tests which yielded the cause of her complaints. Today she brings the results in and we put her in the right direction for the medical care she needs. 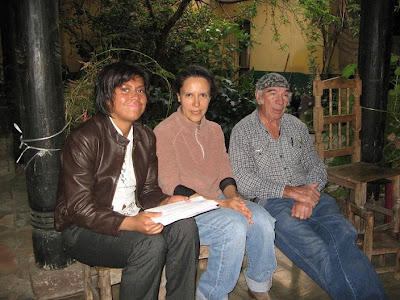 Our last patient of the evening is a 14 year old with a circumferential burn of his left lower leg that happened the day before yesterday. His parents took him to the Red Cross where they gave him an antibiotic and ibuprofen. At this point his wound looks like a superficial second degree burn caused by boiling hot water from a broken ceramic pot. 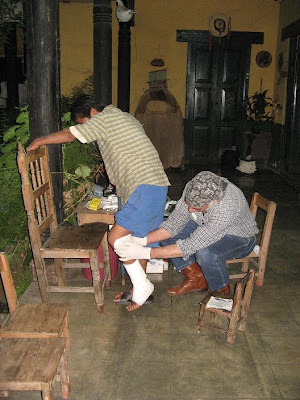 Between patients with down time, I browse through the museo and I have the luxury of getting my own private explanation of certain pieces. This old pot was made for a fiesta and held atole, a liquid grain breakfast food. After the festival, corn is stored in these pots. Sergio took care of a burned child and the father saw that Sergio admired the pot and gave it to him. 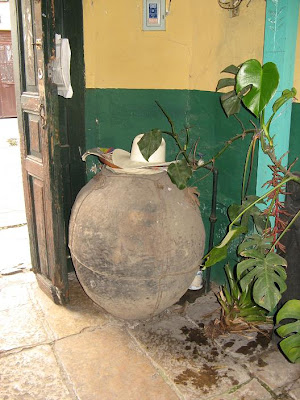 Sergio said this mask is made out of cartón (cardboard) and found it years ago in place he can't remember. 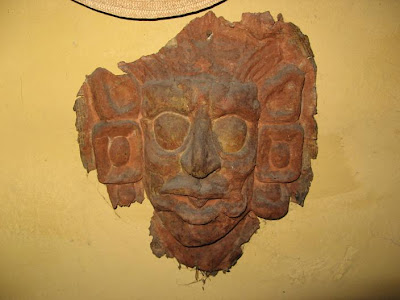